This past week, I unexpectedly found myself in the emergency room with my mom having excruciating abdominal pain. She was whisked from one room to another; being poked, prodded, and pierced with every possible test being conducted. The next thing I knew, she was being admitted into the hospital; hooked up to monitoring systems and the like. Having no idea what was happening, I was overcome with fear, sadness, and pure helplessness. Never did I expect things were going to go downhill from there. It seemed like the bad news just wouldn’t stop coming. She was diagnosed with colon cancer and major surgery was going to be scheduled right away. It felt like I just kept getting hit over the head, time and time again. My breath was taken from me with every doctor’s prognosis.

If that wasn’t enough, I had just agreed to some client’s deadlines and I was under contractual obligations. It just so happened that the deadlines was within this week. So, I began feeling overwhelmed, exhausted, and confused. There was absolutely no way that I could meet the deadlines and be at the hospital at the same time. It was simply impossible.

As you can imagine, there was no question in my mind that my mom comes first. I spent hours at the hospital to be with her. The more I stayed, the more worried I became. I didn’t know if I was coming, going, or even what day it was.

The final room she was taken to, just so happened to be near the hospital chapel. Coincidence, I think not. Every time I went anywhere in the hospital, I had to pass the chapel. It quickly became my safe haven. The more time I spent in the chapel, crying out to God, the more I felt peaceful, contented, and just knew that everything was going to be alright. At first, I kept praying that God would touch her with His miraculous healing power and all tests would come back with the cancer being gone. But then I realized…maybe that’s not the right answer. Maybe God is using these procedures for saving her from something else. Maybe God has a bigger picture that I just can’t see. So, I started to pray for His will and surrendered it all to Him; asking for God to have His way in all of this mess.

Then, the little miracles started to happen. Mom didn’t want a particular test to be done. She had always heard bad things about this test and refused to have it done. A friend of mine had seen my prayer request on Facebook. She responded with her prayers but she took it one step further. She asked for Archangel Michael to surround mom with His healing power. It was like out of nowhere, Nurse Michael and Nurse Joann came into our lives. They were full of compassion, love, and kindness. They understood mom’s fear and gently guided her to understanding. Both of them had the procedure done before and was able to explain it to mom in a way that the doctor’s could not. They spent alot of time with her, helping her understand the procedure where she was no longer afraid. The next thing I knew, she was agreeing to the procedure and the test results ended up saving her life.

My Best Friend, who is also like a daughter to my mom, stayed with me throughout the surgery. She let me cry, held my hand, walked the hospital with me, sat in the chapel, and just was the most comforting person in the world. All of this while she has a cast on her foot from her own surgery. As overwhelmed as I was, she kept me calm and helped me understand the fast and furious doctor’s reports, during and after, the surgery. It was like God knew I needed human comfort and sent her to me at the right time, the right place, and in the right way. She was my heavenly rock in human form.

Spending so much time at the hospital, everything else was put on the back burner. I simply didn’t have the stamina or the mind frame to complete any of my contractual obligations nor did I have time to try and take care of mom and dad’s household. I was sinking fast on every level. Then, Dad stepped up to the plate. Dad has always been the one to take care of the cars, plumbing, the grass and garden; all of the things that needed tending outdoors. But unbeknownst to me, dad started doing the laundry, cooking, going to the grocery store, and sitting down to have conversations with me. My dad has never been a man for showing emotions. If he picked on you, then you knew, he liked you. It’s just my dad’s way. But this past week, I saw God use him in the most amazing ways and a new-found respect for my father was formed.

As I write this posting, my mom is still recovering in the hospital. Somehow, someway, God stopped time for me to meet my client’s deadlines, in the midst of exhaustion. Dad is helping me in all the little ways that seem to 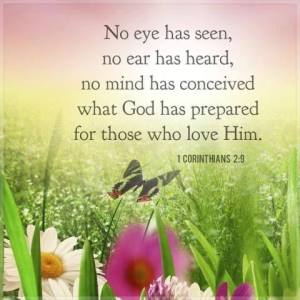 mean so much, and I thank God for every moment of every day that He cared enough about my family to come rushing to the scene.

I may not have received the miracle of a miraculous healing for my mom. But, I did receive more miracles within a short period of time that leaves me thanking God that He helped me lean not on my understanding. His timing was perfect, His ways were perfect, and the miracles He sent were far greater than I was asking for. So, the next time you find yourself overwhelmed and confused…SURRENDER THEM TO OUR HEAVENLY FATHER BECAUSE MIRACLES STILL DO HAPPEN AND THEY ARE FAR GREATER THAN YOU CAN EVER ASK!

NOTE: Please disregard any advertisements you might see on this website as the author does not endorse them. Thank you.

Books shown below are available on Amazon.com. Just click on the Book Picture for more information.

My Personal Journey Through These Crazy Economic Times